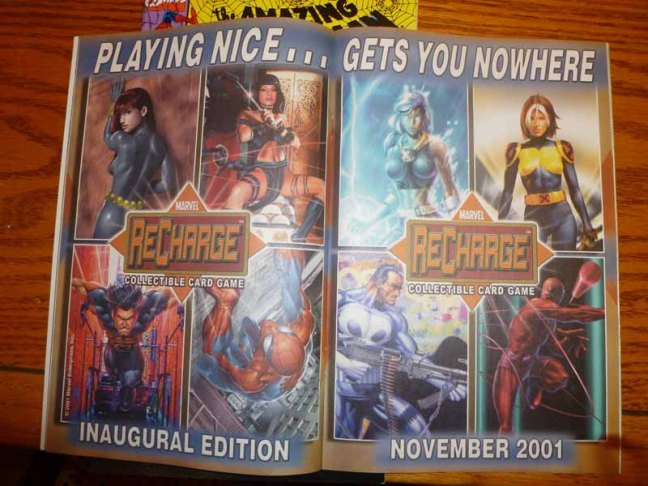 I was a big fan of the Overpower collectible card game in grade school. A lot of my friends were really into Magic, but it was a bit too complicated and I’ve never been much of a fantasy fan, so I mostly didn’t care about learning the mechanics. Overpower was pretty simple and it was already firmly in my wheelhouse because I was a big comic fan. By the time ReCharge came out in 2001 I was done with CCGs, but I still thought this ad looked cool, even if it does consist of pick-up art from the comics. I bet they saved a ton of coin on this series if that’s the route they took with the actual cards themselves.