I’ve said it before and I’ll say it again, getting into Superman comics in the early 90s changed my life. Finding out about the death of the icon lead me into the world of comics sparking my imagination and introducing me to a hobby I still enjoy to this day as well as a career that allows me to spend every day with my daughter while playing reporter, Clark Kent-style. But, that doesn’t mean I love everything related to the character. In fact, I’m pretty much the only person I know who doesn’t like the movie from 1978 starring Christopher Reeve. That’s just not my Superman. My Superman didn’t have quite so much goofiness. As you might expect, I’m also not a fan of Bryan Singer’s Superman Returns which suffers from not only a connection to movies I don’t like, but also creative choices that don’t service that character very well. Still, there’s great things in that movie, it’s just not a Superman story.

But, even given my mostly negative reaction to his previous film Sucker Punch, I was hopefully optimistic for Zack Snyder’s Man Of Steel. I liked what he did with Dawn Of The Dead, 300 and Watchmen, properties that I adore, have no experience with and like respectively. Plus, even though Sucker Punch was a mess, I assumed that Warner Bros. and producer Christopher Nolan would be able to temper Snyder’s whims better than he did on his own with his previous offering. Sucker Punch also looked freaking fantastic and did masterful things with CGI fight scenes that I figured would work their way into Man Of Steel.

So, when it happened that the latest Superman movie was scheduled to debut on Father’s Day weekend and my in-laws were in town, my wife decided to take me to the picture shows to celebrate the most important holiday of them all. Aside from Dark Knight Rises, I can’t remember the last movie I saw a movie in theaters, so this was a nice treat. We got there early and secured pretty good seats which was a wise call on our part because it filled up pretty quickly. I was happy to see people of all ages, even families, pouring in to watch Superman on the big screen.

And it turned out to be a great experience. The crowd mostly followed movie etiquette and also seemed to get engrossed with the film. I also have to commend the Showcase in Newburgh for having some really high quality digital projection. I’m not sure if I’ve seen a movie in theaters that looked as good as this one (outside of IMAX of course). Oh and I really enjoyed the movie itself too, which was a relief.

I’m going to throw up the SPOILER WARNING right here because I knew relatively little going into the movie and enjoyed seeing how it unfolded. So, if you don’t want to know about the flick, stop here. The story winds up covering a lot of ground, starting with Superman’s dad Jor-El trying to convince the Kryptonian council that they need to abandon their planet in order to keep the race going. Having foreseen these planetary problems well in advance Jor-El and his wife Lara decided to have a child by way of natural methods instead of the cloning processes used on the planet for centuries. In order to save their only son, Jor-El and Lara planned to launch him into space where he would land on Earth, a planet of beings physically similar to Kryptonians, but that would grant their child amazing abilities. At the same time, General Zod and his people decide to overthrow the government, but they disagree with Jor-El’s methods and there’s more conflict there. Kal-El winds up getting shot into space, Zod and his people get captured and sentenced to imprisonment in the Phantom Zone and Krypton eventually explodes.

Cut to Earth where an adult Clark Kent travels the world trying to stay anonymous, but usually breaking off to use his fantastic powers to help save people. Lois Lane winds up discovering his true identity while at the same time Zod and his fellow prisoners show up near Earth demanding they turn over Kal-El. Just before that, Clark learned his true identity, got his suit and went on to not only work alongside the U.S. government but also do his best to work with Zod, though that turned out to be less than likely thanks to Zod’s desire to terraform Earth in order to revive the Kryptonian race there. Many fights ensued.

As much as I love Superman and have what I like to call MY era of his adventures (basically post-Crisis to New 52) I enjoyed the changes that Snyder and screenwriter David S. Goyer made. It makes sense that one of the best reporters around would be able to figure out who Superman really is. That completely shifts the paradigm of the Lois and Clark relationship, but since you’re dealing with a movie instead of something more episodic like comics or TV, I think that’s a fine alteration. I also really enjoyed how human and realistic Superman is. This is a very new, young hero, one who has the ideals of the hero I know and love, but doesn’t know how to do everything all the time. He flies through buildings without checking to see if people are inside, he causes all kinds of damage to the city and, well, he does that thing at the end. An experienced Superman wouldn’t do those things, but one without any kind of real training or experience? That guy would do these things. I appreciate how it all makes sense within the confines of the story.

Of couse, it’s not a perfect film, though few are. I’m not quite sure where I fall on Michael Shannon as Zod. He was a little too “screaming evil bad guy” for my liking. The challenge whenever you’re dealing with a villain, especially one who wants to destroy our world, is making him sympathetic. And, when you really THINK about Zod, he’s sympathetic because he wants to save his people, but he doesn’t ever come across as likable or even levelheaded, so most people just dislike him, write him off as crazy and wait for the fight scenes.

And boy, are there fight scenes in this movie. It is difficult to follow them sometimes because they go by so fast. The camera also moves A LOT in this movie, like they gave the cameraman 19 extra cups of coffee before yelling “Action.” But, at the same time, we’re dealing with ridiculously fast beings instead regular humans. These scenes got a little video game-y at times, but I enjoyed them all the same. I would have liked to have seen more practical effects, but I’m not sure if that’s even possible given the way these crazy fights were mapped out.

I also had a bit of a problem with the in-your-face Jesus comparisons. In addition to being 33 (Jesus’ age when he died) and striking at least one overt on-the-cross pose, Clark also goes to a church where he talks to a priest directly in front of a stain glass window featuring Jesus. It was so on the nose that it made my eyes roll. I’m also not a fan of tying Superman to any one religion, or religion at all really. He might be his own man with his own beliefs, but he’s also supposed to be a hero of the people. You could have just as easily done that scene with him talking to anyone in the entire world. I wish they had gone that way because, as it is, that church scene feels incredibly trite.

I’m also not sure what to do with the fact that the only person in the film to bring up evolution is the most evil Kryptonian in the group: Faora. I can understand Zod’s desire to save his people, but Faora just seems to enjoy fighting and killing. She brings up evolution while talking about how the Kryptonians are going to destroy humanity and that just seemed weird to me. Maybe I’m reading too much into it, but I think there might be a pro-religion, anti-science message in this movie that I do not go in for.

Speaking of Faora, holy crap Antje Traue is a villainous treasure. She looked at every solider shooting at her like that single friend you have looking at your kid when they’re doing something cute and the friend could not be less interesting. It’s amazing. In fact, aside from my on-the-fence-ness when it comes to Shannon, I thought the casting in this movie was delightful. Henry Cavill perfectly captured Superman and Clark Kent. Plus he’s dreamy! Amy Adams nailed Lois Lane, one of the greatest ficitonal characters of all time. She might not look like the version of Lois that lives in my brain, but she matched the actions completely. It’s all good from there, too, with Diane Lane as Ma Kent, Kevin Costner as Pa, Russell Crowe as Jor-El, Ayelet Zurer as Lara and, well, literally everyone else in the cast. 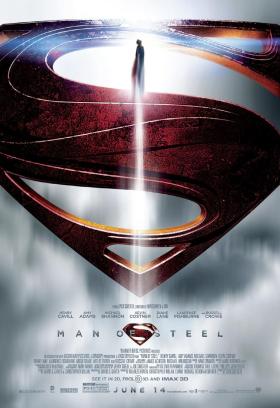 Which is a roundabout way of bringing me to another elements of the film I enjoyed: they didn’t make a big deal about a lot of the Superman comic book elements brought into the film. Kelex is in this thing, you guys! That’s a pretty deep geek reference and yet it’s not distracting if you have no idea who or what that is. It also seemed like they didn’t refer to Metropolis as Metropolis until it was shown on a computer monitor in one of the military war rooms, but I could be wrong on that one. Ma and Pa Kent weren’t actually referred by those titles. They also didn’t try to shove too much of the relatively unimportant Daily Planet staff into the film. Since we’re dealing with a pre-Metropolis Supes here, it makes way more sense that they not be heavily featured in this film. But, it’s still great to see them doing their things and showing what to expect with potential sequels. More Jenny Olsen please!

The more I think about this movie the more I enjoy it. I stayed away from just about anything anyone was saying going in, so I’m not sure what the complaints are. I’d assume the end rubbed a lot of people the wrong way. The slowish pace of setting up yet another superhero origin on film — one that most people probably know the very basics of — also might not have sat well, but I enjoyed the slow burn. What did you guys think?