I actually had a pretty good time compiling last year’s list of my favorite albums of the year and figured now’s as good a time as any to get around to this year’s. The funny thing about this year is that, while I probably acquired more CDs than I have in quite a while thanks to flea markets, garage sales and sales, I didn’t actually buy a lot of new music. New to me of course, but not new new. So, with that in mind, I’ll probably do another post about my favorite new-to-me discs of the year next week. Anyway, my favorite records of the year are a mix of smokey rockers, soul sisters, pop rock stalwarts, metal dudes, collaborators, introspective song writers and more. Hit the jump for the full list! 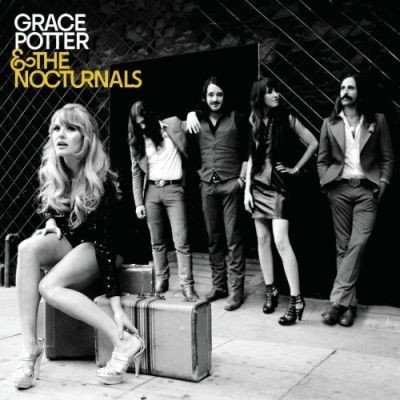 I’ve already covered my like of Grace Potter & The Nocturnals’ self-titled record in great detail here, but I want to reiterate that I think it’s a great, slow burn, hanging out record that makes me want to go to dank places and listen to soulful blues and country tinged rock music. 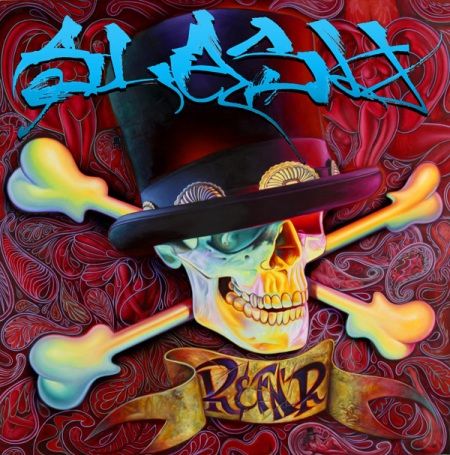 I picked Slash’s self-titled record up on a whim while in NYC this year visiting friends and taking a meeting for a freelance gig. It was the same Best Buy I used to walk to when I worked in the area, so I felt pretty good about myself actually making this whole freelance thing work and treated myself to this disc. Man, I freaking love this thing. Essentially, guitar god Slash worked with a bevy of different folks like Ian Astbury, Chris Cornell, Adam Levine, Ozzy, Kid Rock, Iggy Pop and even Fergie on one-off tracks. It’s kind of like a supergroup on each track. I really like how each track doesn’t just feel like a Slash track with fill-in-the-blank singing along with him, but like a real live collaboration. If I had to pick a favorite song, I’d go with the Fergie jam “Beautiful Dangerous,” not necessarily because it’s the best song on the record, but it was the one I was most leery about and yet it turned out to be a pretty fun, rock/party mix. The whole record comes off as a great mix tape that someone made of songs you’ve never heard of by bands you know, which I’m guessing is what they were going for. 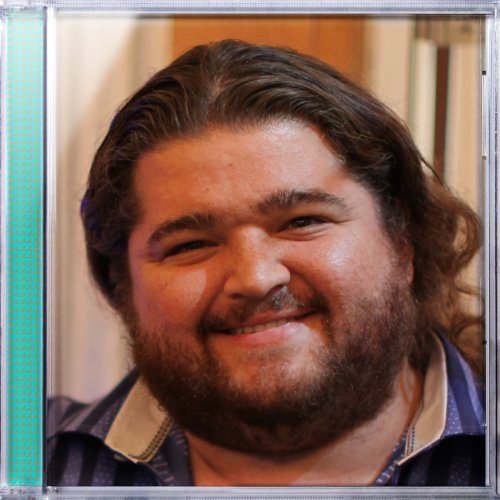 Weezer’s Hurley is another record I talked about extensively. I won’t get into it all over again, but after being disappointed and disinterested with Weezer for the last few years, this record reminded me of why I like the band in the first place. I’m really glad I picked up the deluxe version because I think the Yo Gabba Gabba song “All MY Friends Are Insects” might be my favorite track. I guess that’s proof I’m becoming a dad. 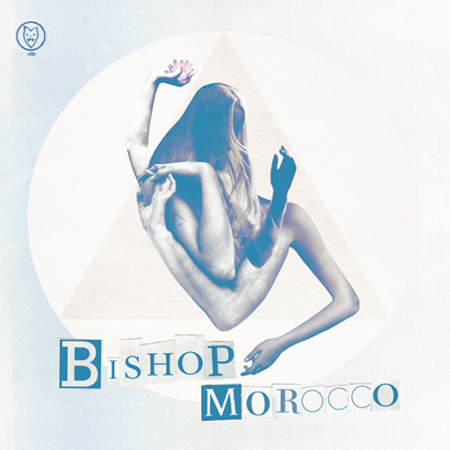 Oftentimes, music with too many electronic or repetitive elements just gets on my nerves, but I really found myself liking what Canadian duo Bishop Morocco did with them. With an interesting mix of effects and actual guitar lines, I found myself flashing back to my mental concept of 80s New Wave in a good way. I’m gonna get a little synesthetic here for a second. While the vocals drift in a kind of middle grayness on many of the tracks, the music itself tends to pop all around with bursts of color while oftentimes falling back into the grayness.Then you’ve got more straightforward pop-ish songs like “Last Year’s Disco Guitars” or “The Catholic Band” to keep things interesting. Even at their most fast paced, though, the songs always seem to have a sleepy, dreamy quality to them that I like. It’s very hypnotic. Far as I can tell, there’s no physical disc you can purchase, but you can buy the whole album direct from record label Hand Drawn Dracula’s site. 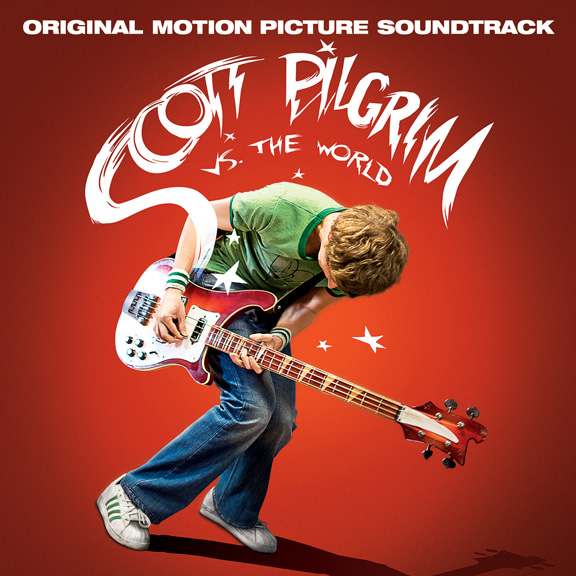 I don’t buy a lot of soundtracks anymore, but I was pretty excited about the one for Edgar Wright’s Scott Pilgrim Vs. The World, especially after having such a good time watching the movie and enjoying the music therein. I went into this record knowing only the songs from the movie, Beck and of course the Rolling Stones’ “Under My Thumb” but found myself wanting to check out artists like Frank Black and T Rex (already on my list of shame), Black Lips, Plumtree and more. The first few times I listened to this disc in my car, I was basically skipping around to the Sex Bob-Omb tracks like “Garbage Truck” and “Threshold” but after getting that out of my system I enjoyed absorbing most of the other tracks. I love how it opens with Kim saying “We are Sex Bob-Omb 1, 2, 3, 4!” that line got me ridiculously excited when I saw the flick, but I wish the bass fight was on here. 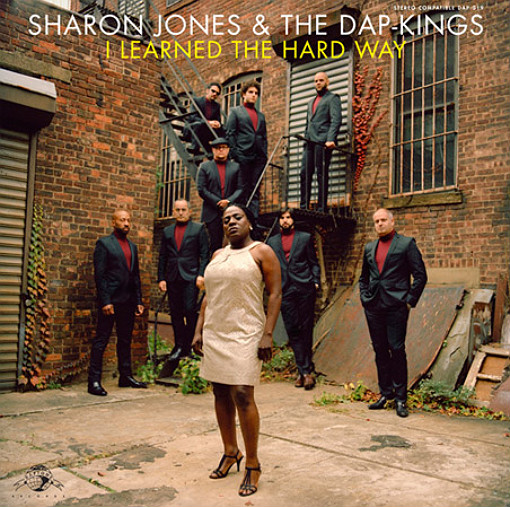 I discovered Sharon Jones and the Dap-Kings in a very roundabout way. After Amy Winehouse got big, I realized that I really liked the 60s/70s funk and soul-inspired sound of her band, but hated her voice. So I did some research and discovered said band was actually the Dap-Kings who have a regular gig with singer Sharon Jones. I picked up then-new 100 Days, 100 Nights so was pretty excited when I saw they had a new album this year. God, I love the sound these guys get. I haven’t actively gotten into a lot of soul music, but I’m ecstatic that there’s still groups out there doing their thing in that vein. I Learned The Hard Way isn’t necesarrily a fun record as it’s filled with tales of heartbreak and disappointment, but like Grace Potter & The Nocturnals, I get a very specific image in my mind of watching this group perform in a small smoke-filled club somewhere filled with couples at all different points of their relationships. The happy ones dance to the more swinging tunes, while others realize they’re just not going to work out having one last slow dance to a song like “The Game Gets Old.” Jones and the Kings pour their soul into this whole record and you can’t help but feel their pain, which is the marker of a great record in my opinion. 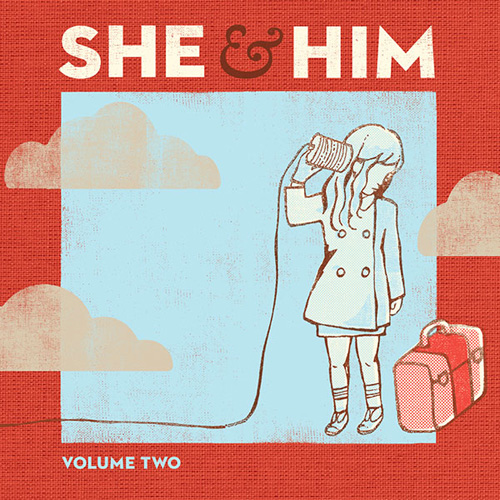 I’m not sure why, but the second collaboration between M. Ward and Zooey Deschanel didn’t quite grab me as much as the first record did. I still like it when I listen to it, but I don’t have that burning desire to listen to Volume Two that I had for Volume One. I think part of that has to do with the fact that Deschanel’s voice walks a razor wire between pleasing and painful to the ear. The first track “Thieves” leans a little too much towards the latter for my taste which put me off a bit, but after that things get a lot better and I find myself enjoying the retro pop mellow sounds of She & Him. I like the sparse tracks with just as many instruments as there need to be. The simplicity of the music helps showcase the vocals which get better by “In The Sun,” a nice light poppy song to bob your head to and sing along with. Anyway, one of the benefits of posts like this is actually going back and listening to music I had forgotten about a category which I’m sad to say Volume Two had fallen into. No longer, though! Hey look, I talked about the record for a whole paragraph and didn’t mention my huge crush on Zooey. Ah damn… 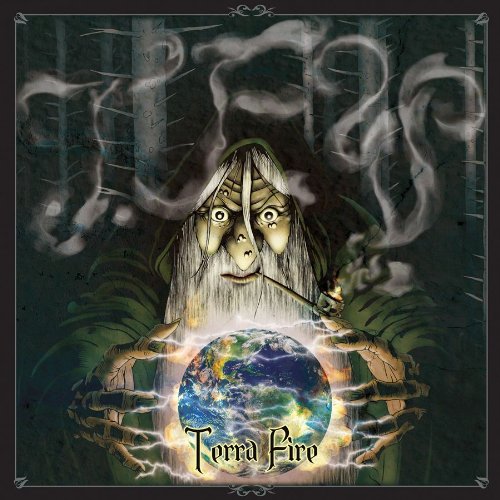 I’m not a huge metal head. I love 70s metal like Led Zeppelin and Black Sabbath and have dabbled in some of the 80s stuff like Metallica and Megadeth. I think what generally keeps me away is that I’m not a huge fan of lyrics being growled at me, but I really like the crazy fast guitars, bass and drums. I stumbled upon The Fucking Wrath’s Terra Fire EP thanks to a PR email list I’m still on from when I reviewed records for the now-defunct Performing Songwriter. It’s pretty awesome. Yeah, it’s got growled lyrics, but they don’t really bother me because the music is just so bad ass. You’ve got elements of Sabbath, early Metallica/Megadeth and I’m sure plenty of other bands I don’t even know, but it’s great! These dudes not only know how to play their damn instruments, but have a great knack for creating songs. Sometimes with these things, they just feel like contests to see who can play the fastest and while there’s definitely speed on the five song EP, it all seems in service to the songs themselves. If this sounds like something you might dig, check out the record on Tee Pee Records’ site. 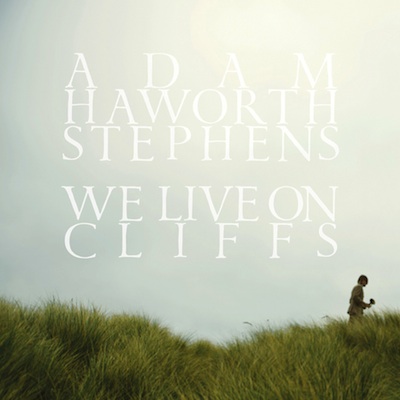 I’ve been having a lot of fun rediscovering and discovering singer songwriters lately. Whether listening to Stephen Kellogg and the Sixers, Petracovich or good ol’ Bob Dylan, I seem to be in a place where I’m looking to hear other peoples’ thoughts on the intricacies of life, which is why I’ve been drawn to Adam Haworth Stephens’ We Live On Cliffs record. Stephens’ slightly nasally voice conveys stories of love and life that hit me in the right place. Knowing that I’m going to be a father in a few months has definitely gotten me thinking about all kinds of aspects of life and I believe that music like this helps you nail a few things down that have been fluttering around in your brain, which always helps. I’m not sure if Stephens is doing anything particularity new with his lyrics, songs or voice (he definitely verges on Dylan impersonation at times), but this one feels like a right place at the right time kind of synergy that’s working for me right now.