Usually around the end of a year I take some time to go through my favorite albums of the year and I still might do that, but I also felt like looking back at my favorite horror experiences of 2015. Thanks to Netflix, the library and a gaggle of fun freelance assignments around Halloween I got to see a good mix of old and new films this year that I wanted to look back on one more time before moving on to the new year. 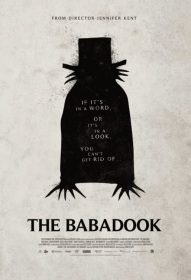 Let’s kick things off with new films (from the last few years). I think the two movies that have stuck with me the most are The Babadook and What We Do In The Shadows. The former is this amazing study of how parenting (and a monster) can drive you crazy while the latter is a full-on heart grasping comedy that embraces vampire lore while also poking fun at it. I almost cried with this one and I can’t think of another horror movie that’s ever happened with. Ti West’s The Sacrifice also left me feeling wiped out in exactly the way he intended to. Such a stark, gut punch of a film that you feel helpless watching these events unfold in the found footage format. Oh man, and Housebound which kept me on the edge of my seat the whole time! It’s been a good few years of horror! And the quiet menace of Late Phases. Man, I saw a LOT of great new movies last year.

It kills me that I haven’t seen Krampus yet. I adore Trick R Treat and, full disclosure, my buddy Todd Casey worked on the screenplay. But even if those two things weren’t true, I’d be drawn to this movie with its apparent mix of Gremlins and Christmas Vacation. I also keep hearing great things about Deathgasm and can’t wait to check that one out.

Without question, my favorite film discovery of the year (and maybe even the last few years) was Let’s Scare Jessica To Death. From top to bottom that movie got me, roped me in and kept me wondering what the hell was going on. Fear No Evil also deserves some kudos for being totally bonkers, but also incredibly effective. 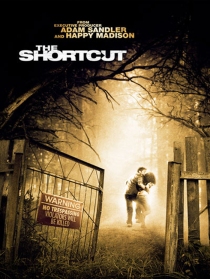 My buddy Rickey passes me a lot of movies some of which he outright tells me are trash, so they go to the bottom of the pile. But, he also knows how to highlight movies. He was the one who gave me Fear No Evil, but also the twisty turny little movie called The Shortcut that I really enjoyed. I also heard about a lot of great new and old movies from the Killer POV podcast which is must-listen material as far as I’m concerned.

Speaking of Killer POV, they often talk about directors that I haven’t heard about but sound fascinating. Larry Fessenden is one of those guys, so when a buddy asked if I wanted the blu-ray set that Shout put out, I jumped at the chance to take a crash course. So far I’ve only watched Tell No One, but his modern day, rural take on the Frankenstein story has stuck with me to the point where I’m a mix of excited and nervous to watch Habit, Wendigo and The Last Winter.

The same friend as mentioned above also sent me a copy of Stung on Blu-ray. Between the insexploitation cover and the Asylum-esque description it sounded like something I wouldn’t be into, but the mix of giant insect, mad scientist and humor horror all worked pretty well together. I’m not sure it would make it into my top 10 list, but it was a fun watch and far better than I expected.

Actor I’ve Seen The Most

It’s gotta be Mark Duplass. He was in three movies I watched for lists over at CBR this year: Creep, The Lazarus Effect and Mercy which each had their own charms. I also saw him in the last season of The League and the super-creepy-but-maybe-not-horror The One I Love that I saw early this year on Netflix.

Hands down, it’s the second Vincent Price set from Shout Factory. Not only does it contain my favorite film of his, The House On Haunted Hill, other classics like Dr. Phibes Rides Again and The Last Man On Earth but also a variety of new viewing experiences for me like The Tomb Of Ligeia and The Return Of The Fly. I haven’t even made my way through Comedy Of Horrors and The Raven, but this is still a set that I greatly appreciate because of the care given to one of the best actors who ever walked the earth. The greatness of this set makes me lament that I didn’t get the first one when I had the chance (it sells for hundred on Amazon these days). I plan on learning from that mistake and purchasing the third one when it comes out later this year.

I saw a lot of great restorations and new films presented on the high def format, but the one I liked the most was not the best film. Instead, it was the individual offering of the Curse Of Michael Myers Producer’s Cut. Last year I bought the cheaper version of the Halloween set which didn’t include that version of the film. I wasn’t excited about shelling out extra cash for the disc, but I’m glad I did. It’s far from a perfect movie, but I always like seeing how different people can take the raw material of film and put together very different movies.