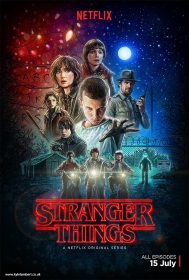 Hey, look, it’s nearly October and I’ve already watched a bunch of great stuff! Like the rest of the world, I fell in love with Stranger Things and even wrote a list for CBR about a dozen other movies and shows you should check out if you liked it as much as me. Regular readers won’t be surprised by how much I responded to the idea of a bunch of kids trying to stop something far beyond their natural abilities. Plus, it gave me a great reason to re-watch the likes of The Gate and Cloak & Dagger.

I also watched Watchers and Super 8 for the first time. The former is a fun-but-off-kilter Corey Haim film about a kid meeting a super smart dog with a mental connection to a genetically engineered monster. The monster hates the dog, so anywhere the canine goes, the beast soon follows with murderous intent. Meanwhile, the latter is J.J. Abrams’ homage to the films directed and produced by Steven Spielberg that I also happen to love. It focuses on a group of kids making a film who accidentally film a train crash that unleashes a monster on a small town. I’m always down for throwbacks to the 80s flicks I liked as a kid, so this was also right up my alley. 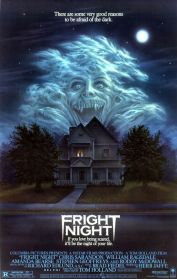 Though they didn’t make the list, I also re-watched The Pit. That is a gloriously weird film. The main kid’s performance is all over the place, but also perfect for this ball of cinematic weirdness. I actually liked it so much I’m contemplating picking up the new Kino Lorber Blu-ray version which sounds like madness even as I type this! Another didn’t-make-the-lister came in the form of Fright Night. I wrote about this when I watched the remake a few years back. I couldn’t get into it then, but I fully dove in this time and loved this movie about a kid reaching out to a local TV horror host after discovering his neighbor is a vampire. 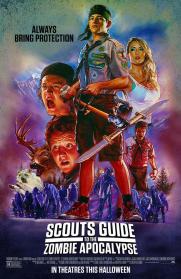 Finally, in a similar vein, but a lot more recent, was a movie from last year called Scouts Guide To The Zombie Apocalypse from writer-director Christopher B. Landon (who did the surprisingly good Paranormal Activity: Marked Ones). Had Paramount not tried an early-to-digital scheme for this film, it probably would have had a much wider release and might have reached more people which would have been great because this movie was a lot of fun.

As you can tell from the title, it’s about a trio of teenage scouts who find themselves in the middle of a zombie outbreak. After figuring out what’s going on — and teaming up with a cocktail waitress from a local strip club — they try to save the town’s younger population which is having a party at an abandoned building (that our geeky scout heroes weren’t invited to). Tonally, it reminded me of Dance Of The Dead which is a film I love. I guess I’m just a sucker for movies about geeks trying to kill zombies and also deal with all the usual teen craziness of growing up.

This is just the beginning, keep checking the site for more horror round-ups!