As I might have mentioned–or you’ve seen over on The Monkee Diaries–we went on vacation last week. It was a great time, but we missed a few shows here and there like the season premiere of How I Met Your Mother, though I was able to check a few things out on On Demand which I really enjoyed. Unfortunately, our building has super old cable wiring, so we can’t have anything digital. It makes me sad, but new TV makes me happy! There’s a lot here, so hit the jump to see it all! 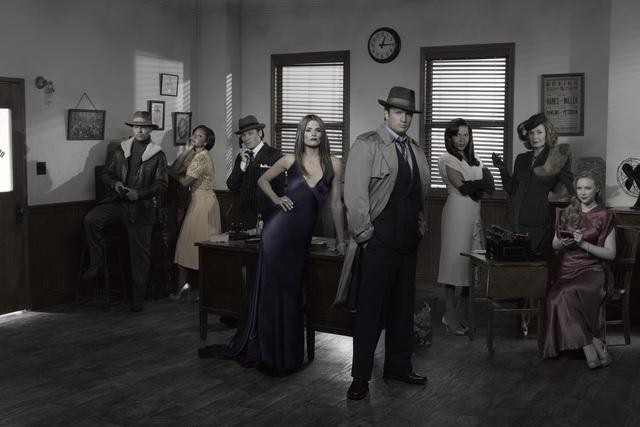 I had actually forgotten how much I disliked the previous season of Castle‘s finale and I definitely would have forgotten about watching it on my own, but my wife was really excited because she’s a big fan. I found the premiere to be pretty boring and rote. If you’ve ever seen a movie or TV show where an officer comes back after being shot, you’ve seen this episode. I did lots of eye rolling, but tried to keep it down because the missus digs that show. That’s all I’ve got to say about this one. 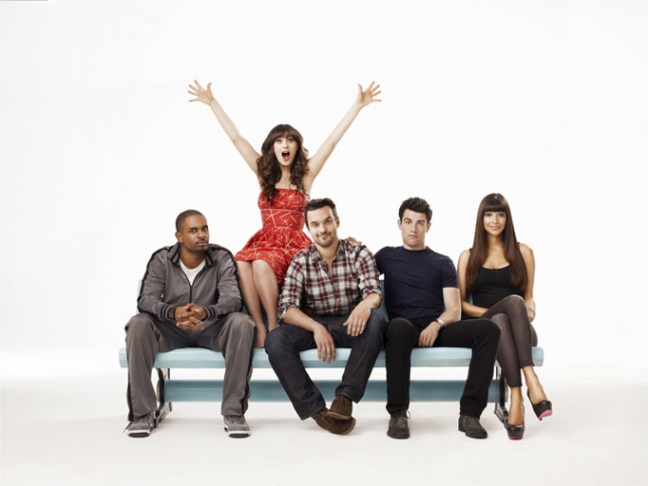 I read during the 8PM slot because that’s when my wife watched Glee. I tried reading indoors, but the show’s ridiculous tone and meter seems scientifically designed to keep any other thoughts from going into your brain while you’re in earshot. As it happened, reading out on a deck kinda near the ocean isn’t such a bad way to spend an hour. Anyway, I came back inside for The New Girl, Zooey Deschanel’s new sitcom where she plays a goofy girl moving in with a trio of dudes. There was some corniness in the pilot–which also featured Damon Wayans Jr. who’s other pilot Happy Endings got picked up and was quite good–but I really liked how Zooey obsessed over Dirty Dancing while also making Lord Of The Rings references. I like how corny she is and how she makes up little songs, probably because I am and do those things as well. My only real complaint is that the main guy who convinces the other two to let Zooey move in reminds me a lot of one of the characters on Happy Endings, which is a little distracting. Overall, not a home run, but a solid double by a team I like, so I’ll stick around.

New Girl greatly benefits from its close proximity to Raising Hope, one of my favorite new sitcoms of late. The premiere revolved around the reveal that Jimmy used to be a hell of a singer and piano player until he got hit in the head with a golf club. I explained that all pretty succinctly, but like any Raising Hope episode (or My Name Is Earl before it) the funny is in how the details are presented to us. Another solid episode. I dig it.

This was one we watched because of my mother-in-law. I hadn’t even heard of it, but it’s your basic procedural, except the quirky investigator this time around has total recall. I’m not a huge fan of procedurals and this one didn’t do a whole lot to make me a fan, so this was a one-shot deal. Were I more creative, I’d say something about how forgettable Unforgettable is, but I’m sure I’m not the only one to write that.

I know the season premiere of The Middle was an hour, but we wound up watching Up All Night, which I talked about over on Pop Poppa! We moved over to see the last half of The Middle which had a pretty hilarious ending and some great sad-sack bits thanks to a Ray Romano guest spot. I realized something while watching the episode though. Back when she was on Everybody Loves Raymond, the stories revolved around Ray learning a lesson about being a husband or son while this show is pretty much the same thing but with Patricia Heaton in the student role. I don’t really have a point here, it’s just something I noticed. Good episode.

After picking up on the second season of Modern Family and then watching the first season on DVD, this was one of my most highly anticipated premieres this week and I was not disappointed. We got not one but two episodes, the first of which had the family heading out to a dude ranch for a family vacation. The second had Claire dealing with being right all the time while Mitchell worried about Lilly being too coddled by Cam. With every new episode I see, I’m amazed at the combination of hilarious jokes and moments of realness that I can relate to. I thank the gods of TV for Modern Family and I’m excited for ABC’s Wednesday night line-up of The Middle, Suburgatory, Modern Family and Happy Endings. 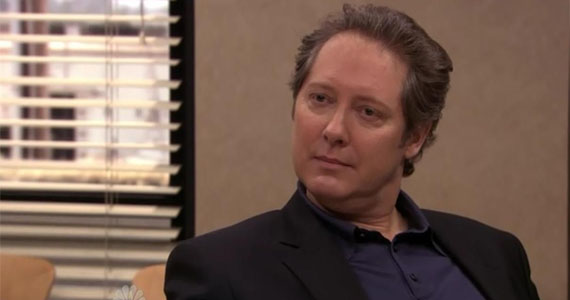 I’m going to combine these bad boys because most of them are returning favorites. I wound up catching the Big Bang Theory episodes out of order thanks to On Demand. I don’t remember a lot of specifics, but I like the set-up for the season with Priya out of the country and Howard getting married. I’ll be back to blogging about those episodes this week. Parks & Rec broke up the adorable Leslie and Ben up, but had Ron Swanson in full-on mountain man facial hair, so that’s a win, plus Tom pumped up to 11. The addition of James Spader to The Office is a fantastic one. I love his character and think it’ll bring some interesting angles to the stories. The newbie of the night was Whitney, starring comedianne Whitney Cummings. She’s a quirky photographer who lives with her boyfriend. Most of the jokes come from just the everyday life of living with a significant other and the challenges that come with that over extended periods of time. I’ll admit, the live studio audience was a little distracting and came off like a laugh track, but I believe them when they say it was an audience. The show was pretty good, nothing spectacular, but I dig Cummings and the rest of the cast enough to stick around.

I’m not super into Jersey Shore anymore as you might be able to tell by my complete lack of posting about this season. I’d probably stop watching altogether, but my wife likes watching and there’s nothing else on to watching during then. This was the one where Snooki acts like a fool and her boyfriend gets pissed off and breaks up with her. I thought it was hilarious how everyone in the cast thought this was completely normal Snooki behavior (she got up on a stage and lifter her already skimpy skirt up while dancing). Meanwhile, drunken Snooki can’t possibly imagine why anyone would be upset, it’s not like she cheated on him. Oi.

The Playboy Club (On Demand, NBC)

I caught the first episode of this one on On Demand so I’m not really sure when it’s on. Thanks to The Girls Next Door and being a healthy red-blooded American, I’m a fan of Playboy and the idea of the club days of yore. I didn’t know what to expect from the show itself, but was pleasantly surprised at the murder cover up storyline. I was also surprised to discover that Amber Heard was on the show, I’m a fan of hers because mentioning her in my Never Back Down post has, as of this writing, earned me 1,630 hits. My only real complaint is that the main guy was trying way, way too hard to sound like Don Draper. He did a good job of it, but it’s distracting.