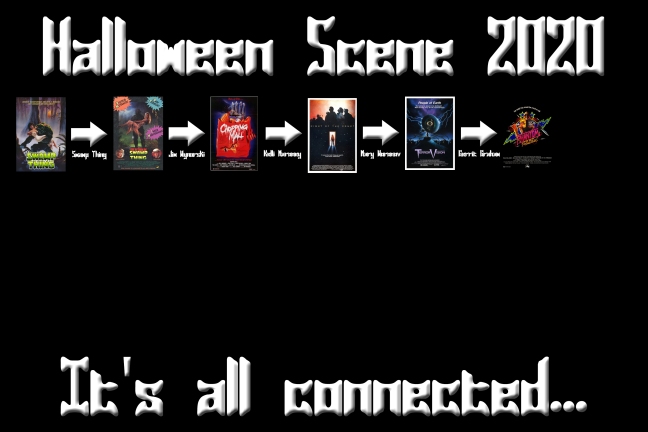 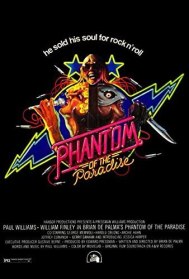 So, what’s my history with this 1974 film written and directed by Brian De Palma? Almost zero. I’d heard it mentioned here and there on various horror podcasts, but that was about it. I knew it had a rock vibe and that Paul Williams was in it, so when I saw it relatively cheap during one of Shout’s sales, I snatched it up and watched it just once before. To go a step further, I’m fairly uninitiated when it comes to De Palma’s films. I’ve seen Carrie, Mission: Impossible, Snake Eyes and The Untouchables, so, in my limited experience, he’s more of an action-thriller guy, but he’s also got this whole section of horror films in his oeuvre that I have zero experience with (so far).

And even with a bit of knowledge, I don’t think there’s any way to prepare yourself for Phantom Of The Paradise. For what it’s worth — though I think it will become evident shortly — I did zero research about the making of this film and just went in with open eyes, though this is the second time I’ve seen it.

In this world there’s one name when it comes to music: Swan (Paul Williams). So, when a nerdy piano player by the name of Winslow (William Finley) thinks Swan is going to give him a record deal, he’s ecstatic. However, it becomes clear that, after Winslow has sent in his music, Swan wants absolutely nothing to do with him. The musician slowly loses his mind, but meets singer Phoenix (Suspiria‘s Jessica Harper!), though he becomes obsessed with her. Before long, he winds up beaten up and in jail because Swan had drugs planted on him by cops. After breaking out of jail (all of which takes up about 10-20 minutes of film and feels like a cartoon) he makes his way to Swan’s place, gets scarred, finds a costume and starts sneaking around Phantom Of The Opera-style. 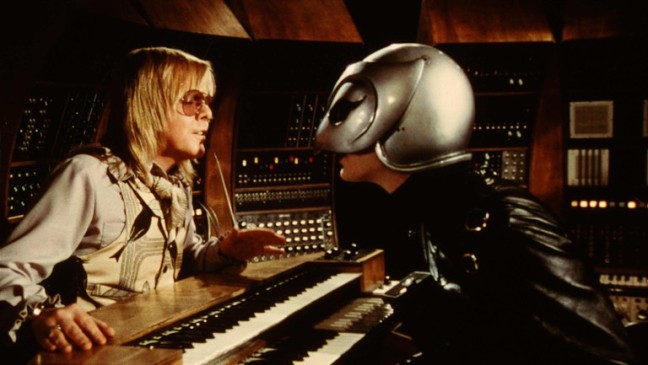 But that’s all just set-up. In a flip on the Phantom paradigm, Swan winds up finding and capturing Winslow — who now wheres a bird mask and looks like a Battle Of The Planets villain — so he can keep writing music for the big opening of The Paradise, which, I think, is a theater though I spent a big part of the movie assuming it was a club. Instead of having Winslow or Phoenix sing, though, Swan brings in rocker Beef (Graham, finally) to perform in an Alice Cooper-style stage show in front of a raucous crowd that can’t tell the difference between performance and reality. And it goes from there…

The real question is, what IS this movie? Huge sections are dedicated to full-on song performances. Some are done in audition settings, but a lot of them are specifically on stage. Aside from one brief chunk, it’s also not really a Phantom take-off (though I admit to not being an expert on that topic). Is it a horror movie? Oof, that’s a tough one. There are way more musical numbers than murders, but it definitely has a psychological horror element as it deals — like Stage Fright  — with what fame can do to you and those around you. At the same time, there are some parts that feel so heightened and silly that it’s hard to take them seriously. Oh right, and then there’s the big end reveal that comes out of nowhere, but is unveiled in an excellent scene performed by Williams (who is perfectly weird and creepy throughout).

At the end of the day, I have no idea what this movie is, but I like it. You hear about how De Palma is such an Alfred Hitchcock devotee — and there are glimpses of that in here, like the split screen gag — but this feels like a completely different animal, maybe even a different kingdom. I’m always going to come down on the side of weird over conventional and I appreciate big swings, which Phantom Of The Paradise certainly is. For all of that, I dig it, though mileage will certainly vary on this one. I gotta say, now that I’ve seen a few of De Palma’s early horror offerings — this and Carrie — I’m very curious to see some of the others, but which one will be next?!