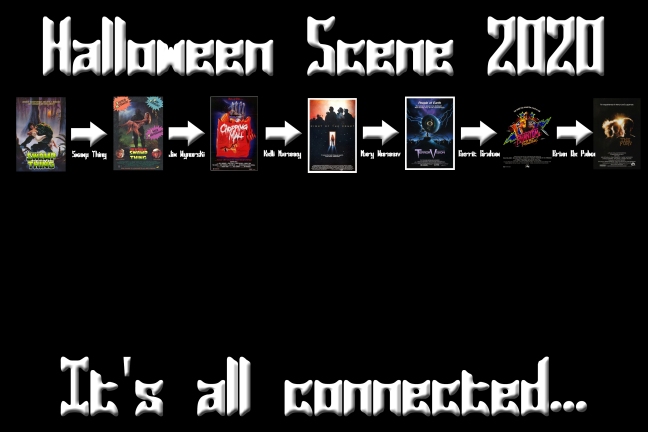 I was pretty excited when I realized that my previous It’s All Connected 2020 selection, Phantom Of The Paradise,  was directed by Brian De Palma. As I mentioned in that post, I’ve seen a few of his movies, but none of his horror pictures, aside from Carrie. As it happened, I was able to find many of his films from the 70s and 80s streaming, so I went through parts of his filmography in chronological order for a bit, moving into 1978’s The Fury after Paradise.

The film opens with Peter (legit, real-deal movie STAR Kirk Douglas) and his son Robin (Andrew Stevens) hanging out somewhere gorgeous. Things get bloody, though, when supposed friend Childress (John Cassavetes) sets up an ambush that leads to Peter’s apparent death and Robin’s definite kidnapping. Childress works for a shady organization that wants to utilize Robin’s mental gifts — pretty much every mental power you’ve seen in X-Men comics, shows and movies — but Peter’s not giving up on his son. 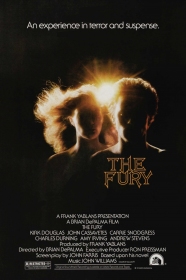 Meanwhile, we meet Gillian (Amy Irving), a teen who also has mental powers which often result in the recipient bleeding from unfortunate places. She winds up in a facility overseen by Dr. McKeever (Charles Durning) who specializes in people with mind powers. Eventually, the two plots crash together with Peter and Gillian working together to try and find Robin and exact revenge one way or the other.

Since my wife now works from home and both kids are here all day for virtual school, I don’t have nearly as much time to watch movies like this as I used to. As such, it took a while for me to finish The Fury, but I still really enjoyed the film. It’s very cool seeing Kirk Douglas play not just a man on the run, but also a guy with a specific set of skills trying to find his kid. Cassavetes does nice work as the creepy government guy you just know is trouble and so many of the special effects scenes rest on Irving’s very capable shoulders. Stevens feels too old for his role, but he handles his turns nicely. Oh, and De Palma regulars William Finley and Dennis Franz both pop up in brief, but memorable roles. Bonus points for an early Daryl Hannah appearance too!

You can’t really dig into The Fury without noting the surface similarities with David Cronenberg’s Scanners, which came out three years later. Both are about people with mind powers hunted by shady organizations who can physically harm the people they aim their abilities at. Both films also share very similar, tent-pole special effects scenes at the end, but they still felt different enough for me to enjoy this one (I got pretty bored last time I watched Scanners if memory serves). 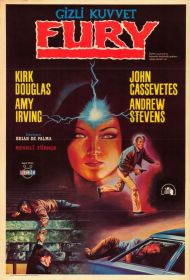 What sets the films apart is how De Palma handles the story, which is based on a novel by John Farris who also wrote the script. Unlike Paradise, the director got to pay more homage to his hero Alfred Hitchcock with this one ranging from the score to more scenes of tension and terror. De Palma also uses a lot of different tricks to show how Gillian’s powers work. In one scene, she’s reliving someone’s memories which are being projected onto a screen behind her. Another time she’s super-imposed over the scene. I appreciate the variety and also enjoyed the bloodier gore scenes that went a long way to answering my question of whether this was a horror movie or not!

Ultimately, I walked away from The Fury a happy viewer. It had a nice mix of drama,  action, horror and even a bit of sci-fi (maybe even super hero stuff depending on how you look at ESP) . Douglas shows why he’s an all-time talent, going from the tough-as-nails soldier type to a scared father and all the way back around. Cassevetes is top notch and the rest all do the work. 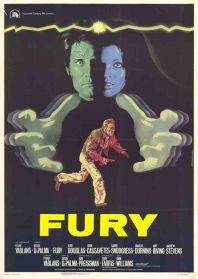 Sure, I was a little put off by the first half-to-two-thirds of the movie where it bounced between Peter and Gillian very slowly (it felt like a novel, which is based on), but the last third of the movie really picked up speed, hit the right emotional notes and then went out with a bang! I guess it’s a little slow-burny, at least on the horror front, but it was a solid film and worth a look. I saw it on FXM by way of Hulu. As of now, it’s still there (and didn’t have commercials, which is key) so you can check it out.

Up next? More streaming De Palma!